Over the years, bladed fans have been an ideal choice for enhancing airflow in houses, boosting the comfort of living in these houses during sticky and hot weather. However, bladed fans have turned out to be a centre of controversy, following safety and health concerns connected to their blades.

Fortunately, with the advancement in technology, homeowners can now enjoy using a safer and more efficient bladeless fan. Not only are bladeless fans portable, but they are also designed with a remote-control system. They also come with sleek designs, making them suitable additions to your room’s aesthetics.

This guide highlights a review of some of the best bladeless fans dominating the UK market. 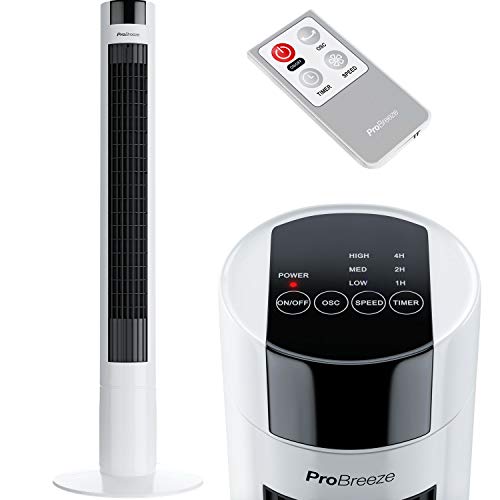 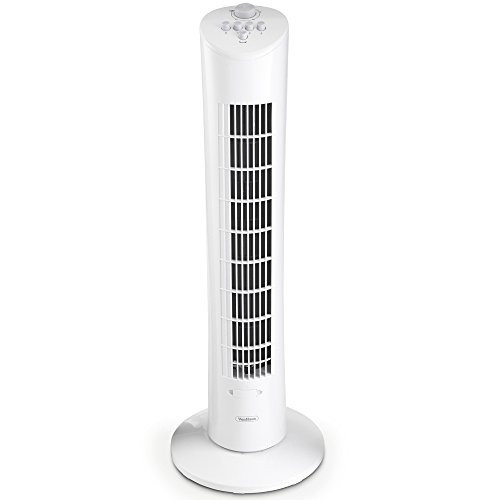 If you are on a tight budget, but you still want the best bladeless fan with impressive features, then this is the ideal fan for you. Selling for less than 40 Euros, the VonHaus 31-inch bladeless fan comes with a stylish design and other outstanding features. 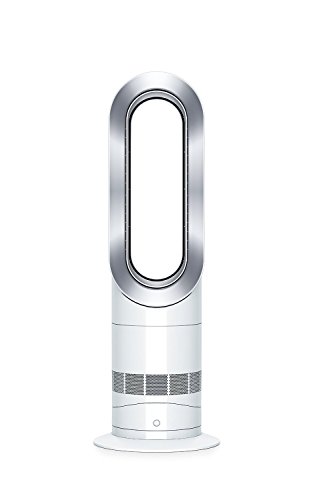 Dyson’s fans are known to sell at very high rates. However, these rates come with high-performance and advanced features. The Dyson AM09 fan is not an exception.

If you are interested in a fan that will run noiselessly throughout its operation, then the Honeywell fan is your ideal model. This fan is enhanced with modern technology and advanced features that place it at the same level of performance with high-priced bladeless fans. 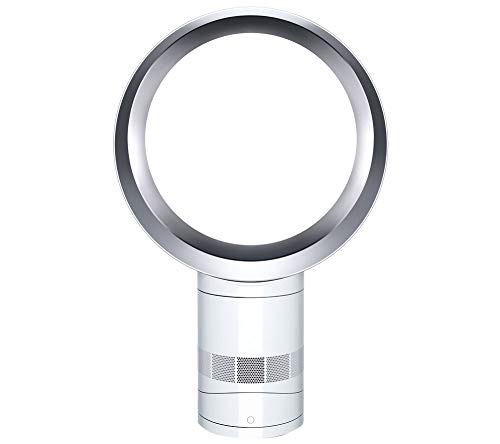 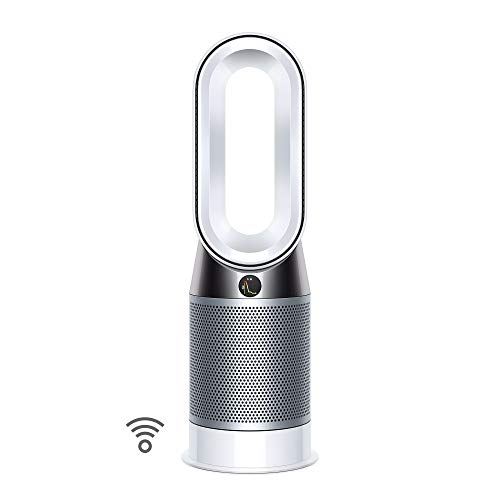 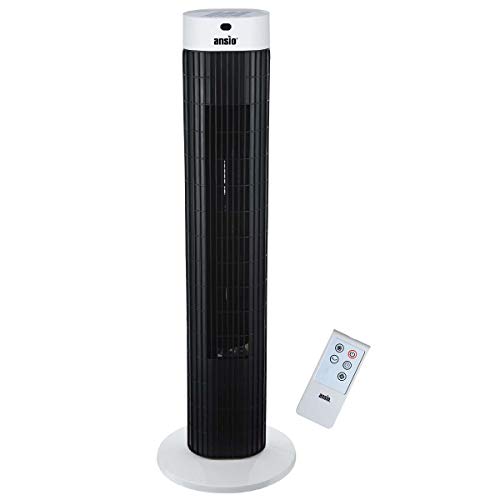 ANSIO fan models are designed to provide users with comfort in their everyday living, and the ANSIO 30-inch tower fan is not an exception. This is one of the best tower fans there is in the market. It also comes with value, great performance, and modern design. If you are the kind of user that prefers a tower fan over the conventional cooling appliances, like the traditional fans, then this ANSIO 30-inch model is your ideal choice. 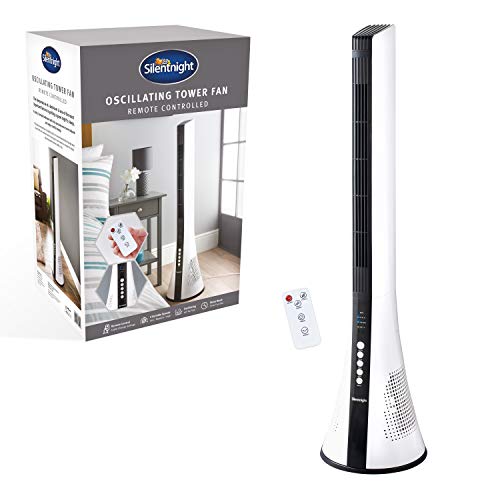 If you are looking for the best bladeless fan for a noiseless night in your bedroom, then the Silentnight 38009 model is the right choice for you. Not only is this fan quiet, but it is also highly efficient in enhancing cooling in your bedroom.

What to Look for When Buying a Bladeless Fan

With more brands and manufacturers of bladeless fans emerging in the UK market, identifying the right fan for your cooling needs can be an overwhelming experience. However, making this choice does not have to be an exhausting endeavour. In this segment of the guide, you will find essential things to look for when making a purchase decision as far as bladeless fans are concerned.

The following are factors that you should consider when buying a bladeless fan.

One of the reasons why you need a bladeless fan over the conventional fan is the low levels of noise. However, it is essential to know that not bladeless fans are not 100% noiseless. These fans are designed with small inbuilt blades and motors that produce humming sounds. When buying a bladeless fan, you want to ensure that the model you choose is producing the lowest of the humming sound.

Different bladeless fans are built with varying cooling technologies. Notably, how sufficient the cooling power of a fan is depends on the power of the fan’s motor. This is why you should identify the bladeless fan with high motor power.

Bladeless fans are a great choice of residential cooling systems as most of them can detect air pollutants and purify the air immediately using an air purifier. However, not all bladeless fans have an inbuilt air purifier. If you want to have a year-long comfort of purified air, consider fans with air purifiers.

Most of the best bladeless fans come with all forms of designs, including the tower, desk, sleek, and slimline designs. One of the reasons why you should consider the design of your fan model is because fans are a great complement to your room’s aesthetics. Ensure that you get the right design for your house. You might also want to get a fan designed for portability and one that is easy to clean.

Is a bladeless fan better?

The answer is yes! Bladeless fans come with plenty of benefits that make them much better than conventional fans. For example, bladeless fans are highly portable, very quiet, and a safer option when in close contact with children and pets. Not to mention that you do not have to disassemble your fan for cleaning every time they get dirty, as is the case with bladed fans.

How does a bladeless fan work?

A bladeless fan operates on an air multiplier technology, which consists of small inbuilt blades and a brushless electric motor. Air is drawn and directed to a ring in the fan via a compressor at the base. This air is then pushed out through multiple slits, resulting in a smooth and uninterrupted airflow.

What type of fan cools the best?

Bladeless fans are the most efficient in cooling compared to traditional fans.

Yes. Bladeless fans are quiet. However, they are not 100% quiet. When running, bladeless fans produce humming sounds, that is not as distracting as the noise produced by the traditional fans.

Is the Dyson bladeless fan worth it?

Dyson fan models are among the most expensive bladeless fans there is in the UK market. However, the high cost does not come with value, high performance, sleek design, and other advanced features. If you are not working under a fixed budget, then Dyson fans are worth it.

This guide highlights the top-rated bladeless fans in the UK market. Of all the models, the Dyson Pure Hot+Cool HP04 Fan is the most outstanding bladeless fan, followed by Pro Breeze and Silentnight fans. The Dyson Pure HP04 fan comes as a three-in-one fan, consisting of a fan, heater, and an air purifier. This means that the fan can be used for multiple functions throughout the year. When buying a bladeless fan, you want one with low noise levels, high cooling power, modern design, and an air purifier, all of which can be found in the Dyson Pure HP04 fan.

Any cookies that may not be particularly necessary for the website to function and is used specifically to collect user personal data via analytics, ads, other embedded contents are termed as non-necessary cookies. It is mandatory to procure user consent prior to running these cookies on your website.